The mausoleum of Amir Sa‘d al-Din Ibn Ghurab (the name means “Felicity of Religion, Crow’s Son”), is located in the “Desert of the Mamluks” and adjoins the funerary complex of Sultan al-Ashraf Qaitbey, which is among the most important historic monuments of Cairo and where ARCHiNOS has been working since 2014.

Qadi (judge) Ibn Ghurab was an extraordinary character. Born in Alexandria to a converted Coptic family, at a surprisingly young age he held high offices under two consecutive Sultans. Before he died in 1405 of natural causes, aged thirty, he was appointed to the highest rank in the Mamluk military hierarchy, even though he did not belong to the closed ranks of the caste.

His tomb covered with a brick dome follows very closely nearby monuments of the preceding Bahri Mamluk period, rather than the fashionable trends of the day when it was built.

For a long time, the mausoleum was abandoned and derelict. With funding from the Barakat Trust, ARCHiNOS cleared refuse and debris many metres deep to make the building accessible, and structurally reinforced the walls threatened with immediate collapse. The monument was also recorded in an architectural survey and photographically.

ARCHiNOS is seeking funding to extend the work for another season to permit full conservation of the mausoleum, with the purpose of including it within a larger revitalised area opened to the public as an archaeological park.

Location: Eastern Cemetery (Desert of the Mamluks) within the ‘City of the Dead’, Cairo

Funded by the Barakat Trust 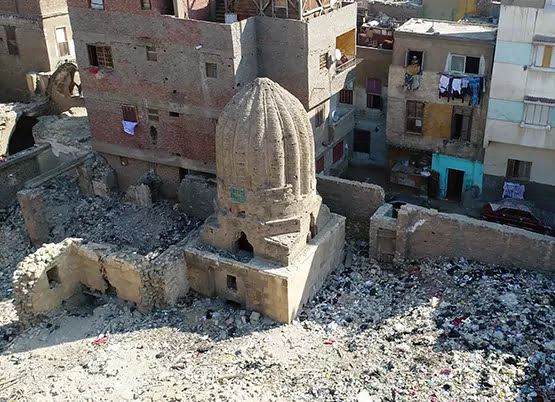 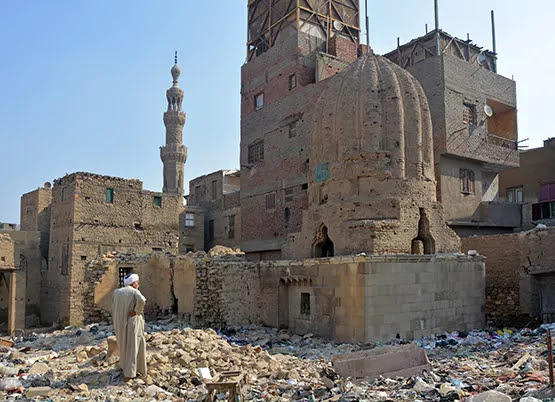 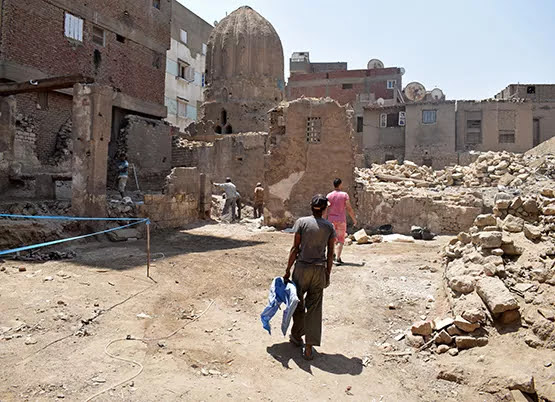 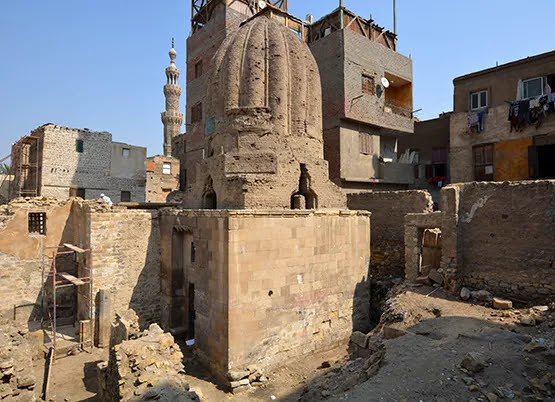 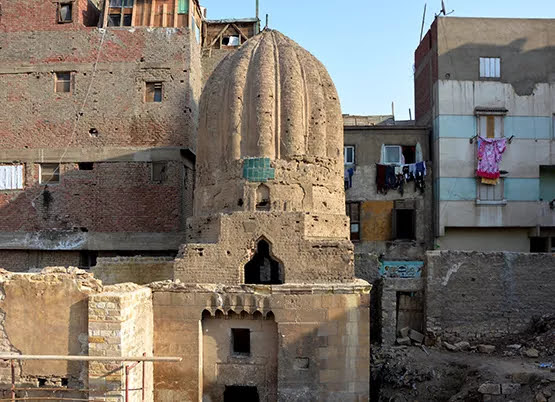 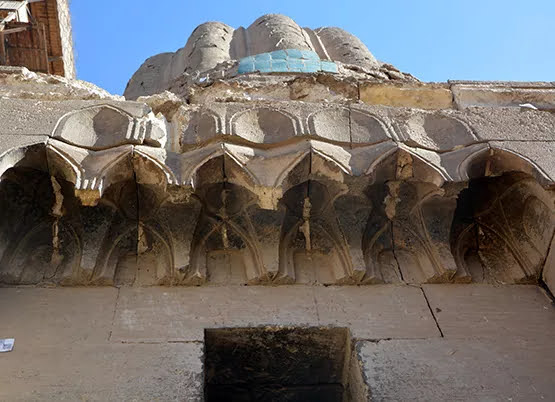 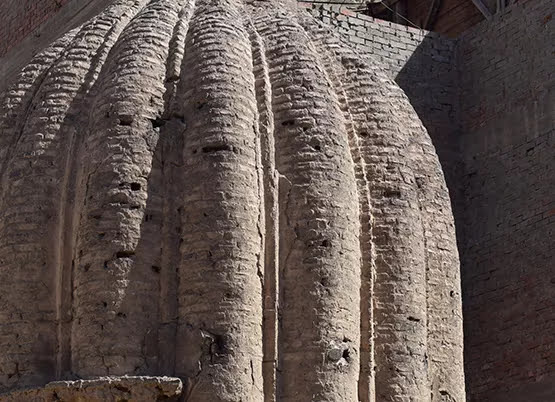 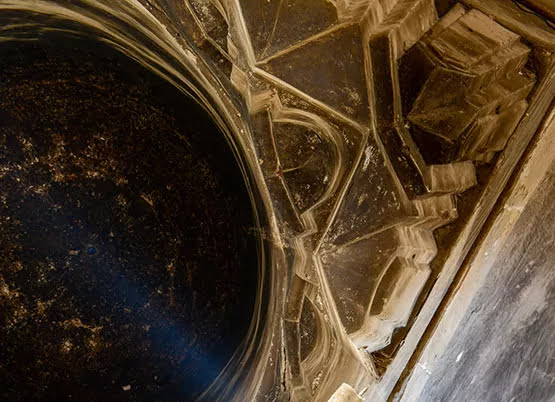 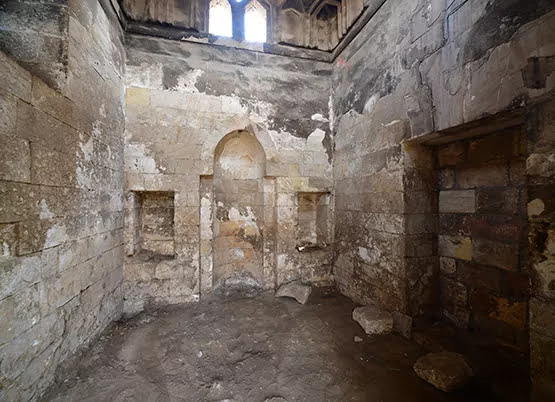 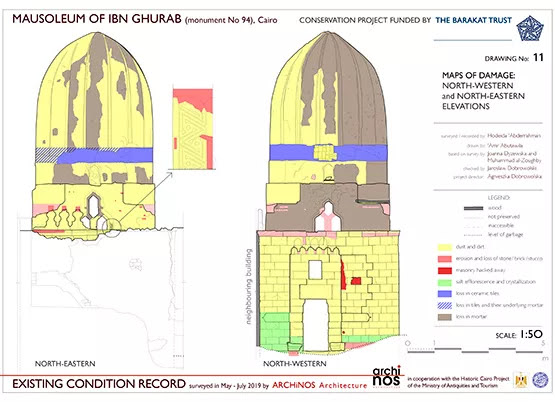 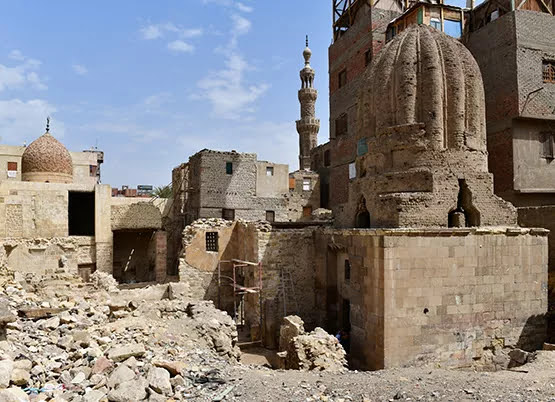