The Hungarian artist Beata Rostás Piros, who has worked and exhibited in many countries around the world and who now resides in Turkey, in the period of 8-21 February 2016 enriched the square in front of Sultan Qaitbey’s maq‘ad with another work of art. Working in collaboration with the Egyptian sculptor Houreya al-Sayed, she created there a brick-built piece of large-scale sculpture.

In a place of everyday life for many people, the wall-like structure reminiscent of a gateway is a symbolic opening between the temporary and eternal worlds. People can stand within the gateway, in a sense becoming part of the wall, with the body merging with the material world, while the soul can fly freely. Two outlined human shapes to the sides are like people who already became one with the wall, their souls having left their bodies. The work was conceived as interactive, allowing people to place objects in the openings in the brickwork, and inviting reflection on relationship between the living and the dead through interacting with the sculptural piece. As the author pointed out,

“Death and life don’t depend on nationalities or countries, so such art-inspired reflection can be a perfect meeting point between north and south, east and west.”

The work of Beata Rostas Piros in Cairo was suppotted by the Embassy of Hungary in Egypt and the Balassi Cultural Institute. 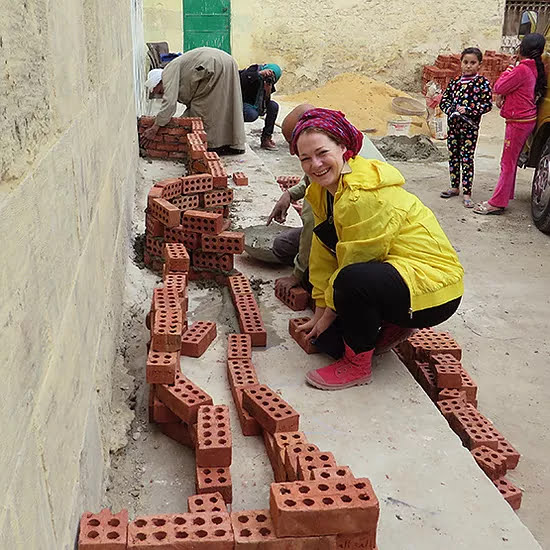 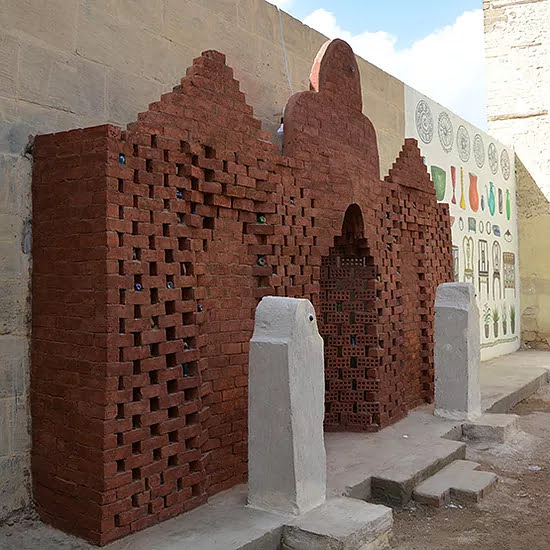 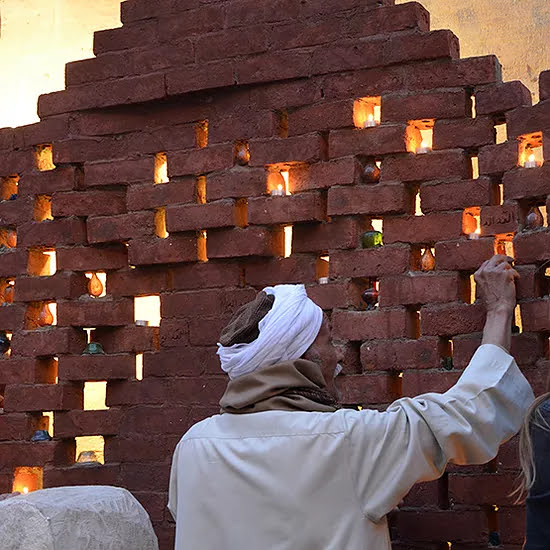 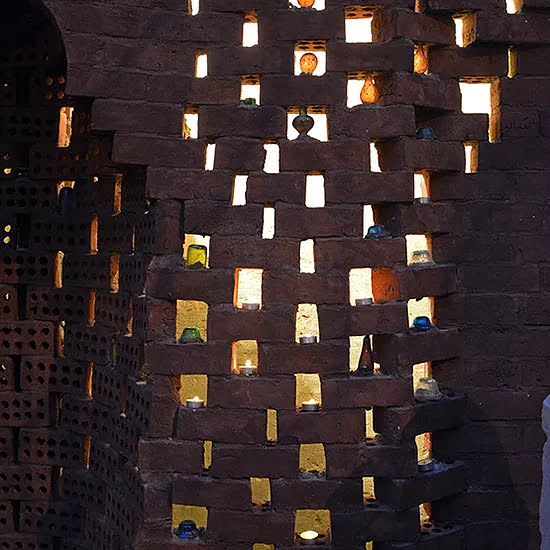 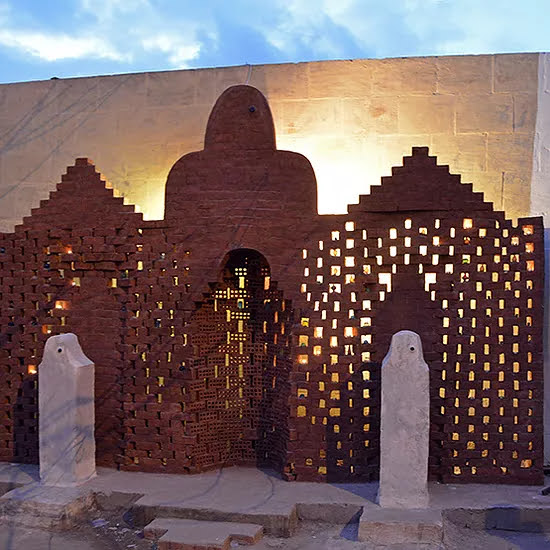 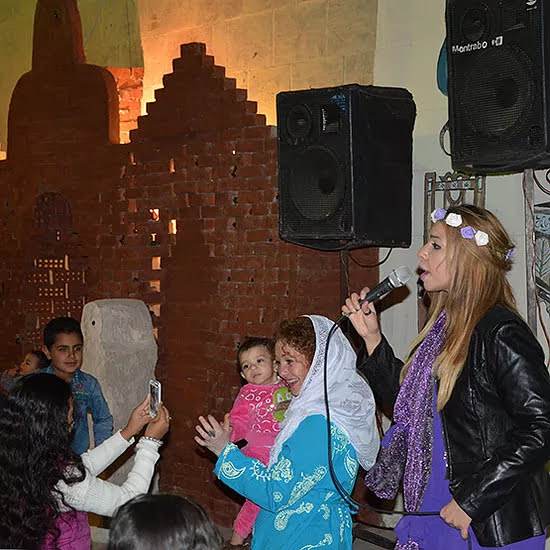