The Swiss artist Bettina Ammann asked the children in the Qaitbey ara in the “City of the Dead”, where ARCHiNOS is carrying out its work, about their dreams and aspirations: who and what would they want to become when they grow up.

She then enlisted help of skilled calligraphers who transformed the children’s dreams and wishes into rings of Arabic lettering, from which a set of cutout stencils were produced by laser cutting. Bettina used these to spray on a whitewashed wall next to the maq’ad of Sultan Qaitbey a geometric pattern along the lines of traditional Islamic ornaments, which also evokes floral motifs, along with silhouetted miniature portraits of the children whose wishes she recorded. She called her work “Tree of Life”.

Bettina, who is now based in Beirut, was residing in Cairo when in October 2014 – February 2015 she took part in another cultural enterprise designed ans carried out by ARCHiNOS: the “KEEPitREAL! Arts Meet Crafts” project, where Egyptian and foreign contemporary artists created their works in collaboration with traditional craftsmen in their workshops in Historic Cairo.

The work of Bettina Ammann was part of the EU-funded project at the maq’ad of Sultan Qaitbey. 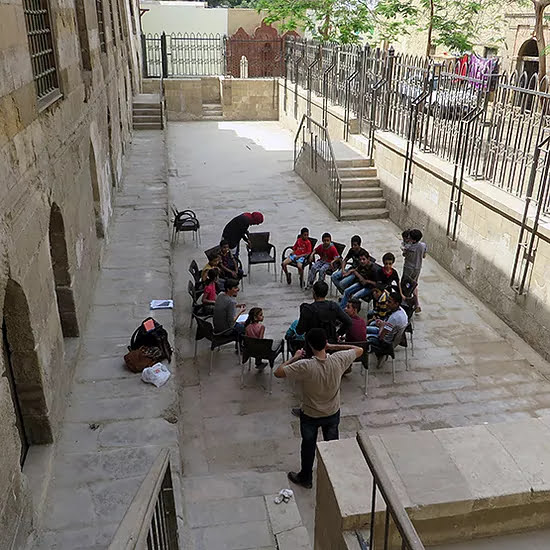 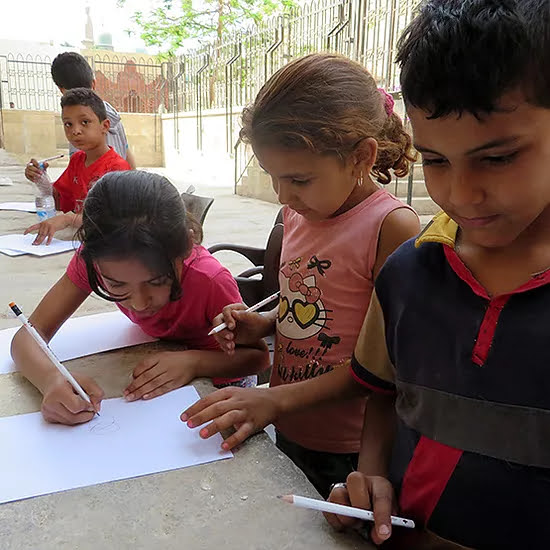 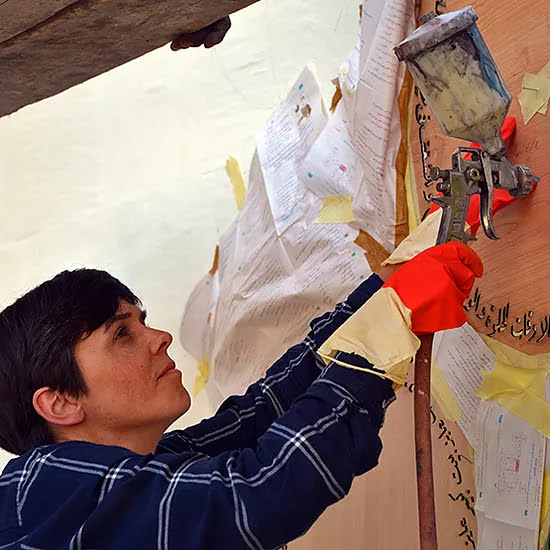 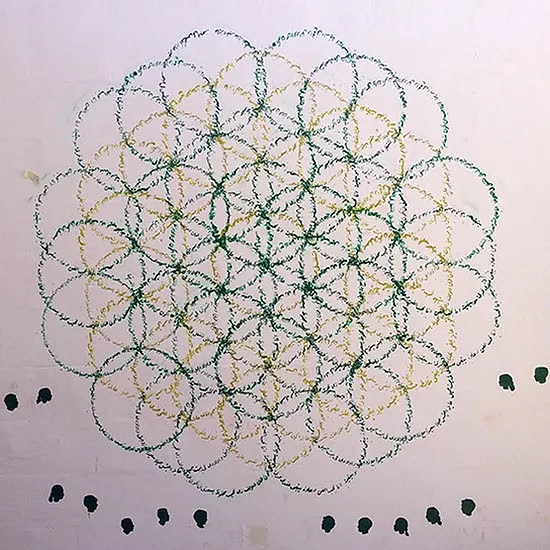