Dr Iman al-Banna teaches art in both the public Helwan University and the private Badr University. In October 2016, she brought a group of students to collectively create a mosaic in the courtyard in front of the maq’ad of Sultan Qaitbey.

The workshop was a volunteering activity taking place during a school break.

Without referring directly to any particular city view, the work evokes the skyline of Historic Cairo, which still today is defined by its countless medieval domes and minarets of the “city of a thousand minarets”.

The mosaic decorates the south-eastern wall of the sunken courtyard, beneath the stone facade of the mediaeval mausoleum of al-Gulshani, erected by Qaitbey in an early stage of his career. The mosaic harmonises with the spectacular monument both in its colour scheme, and in the distinctive profiles of the Mamluk-period domes.

The work of Dr Iman al-Banna and her students was part of the EU-funded project at the maq’ad of Sultan Qaitbey. 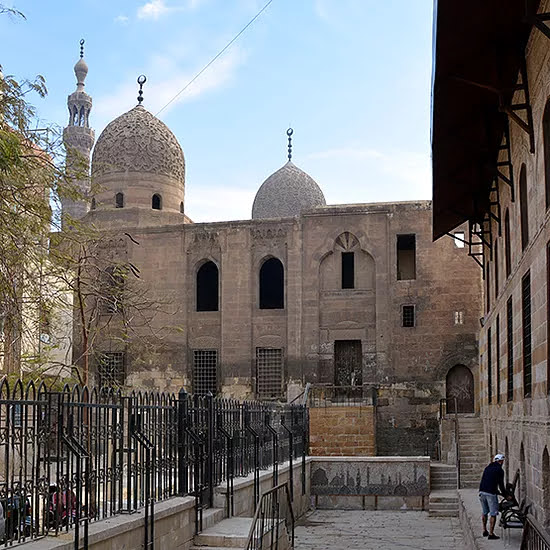 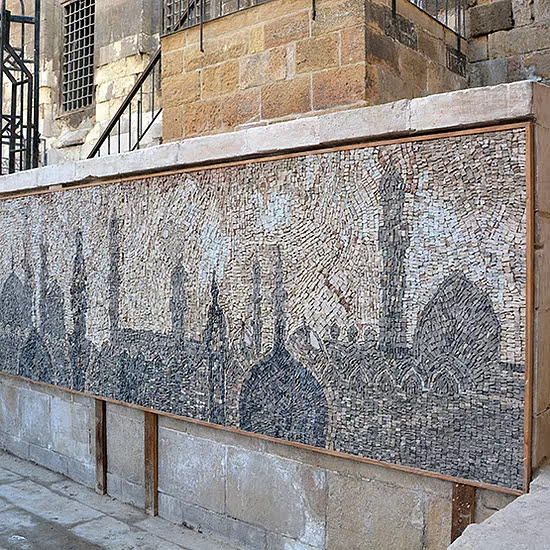 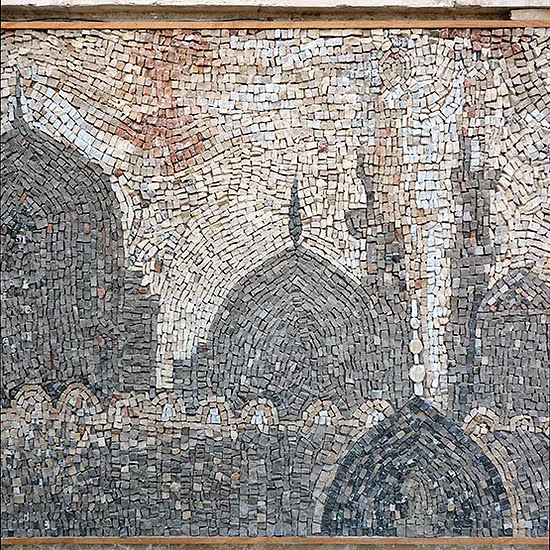