Franek Mysza, or Frankie the Mouse,  is a fictional character and yet a very real one. The concept of Frankie the Mouse was born in 2005. Initially, it was just a tiny grey mouse, which with passing years struggled to enter the world of street art in the Polish mining region of Silesia. In the huge urban environment that is home to more than three million people, there is plenty of post-industrial old ironworks and coal mines with half-ruined grey walls. This is the natural environment of Frankie the Mouse, whose mission is to appear in unexpected places and smile broadly to unsuspecting passers-by. The creator of Frankie the Mouse aimed at making cheerful the people immersed in everyday routine of commuting to and from work or school. In November – December 2016 Frankie the Mouse’s creator visited with another artist who signs his works as Ajron, to bring smiles to the people of the local underprivileged community in Cairo’s “City of the Dead”. They produced graffiti that adorn walls and shutters of privately-owned businesses like shops, workshops and small eateries. They also offered a workshop to the children from the local community where they produced graffiti working together.

The residency of the Polish graffiti artists in Egypt was sponsored by the Embassy of the Republic of Poland in Cairo. 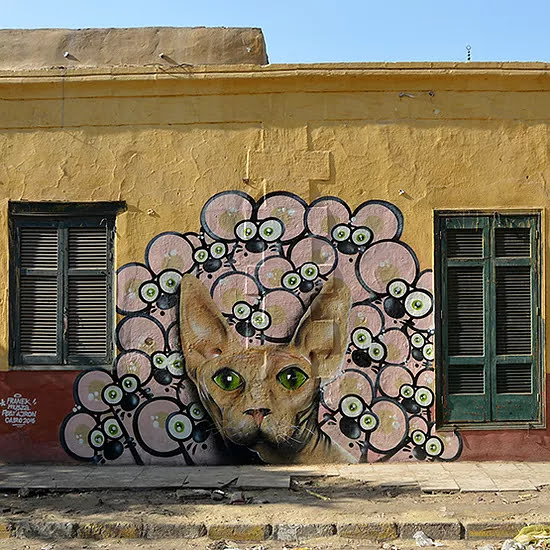 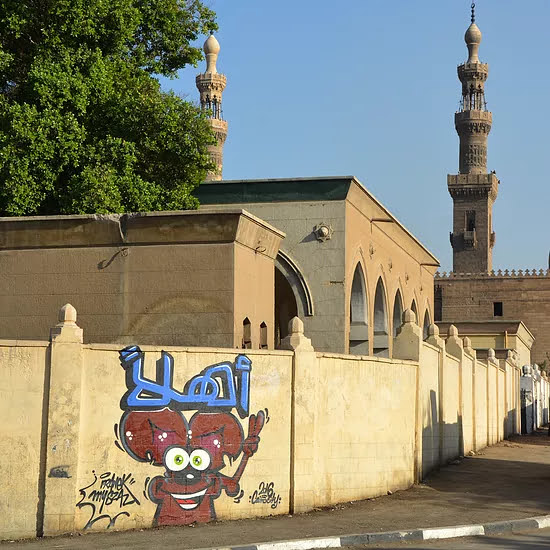 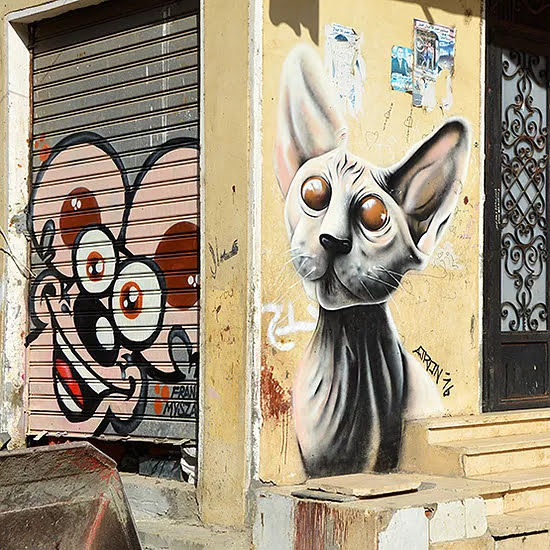 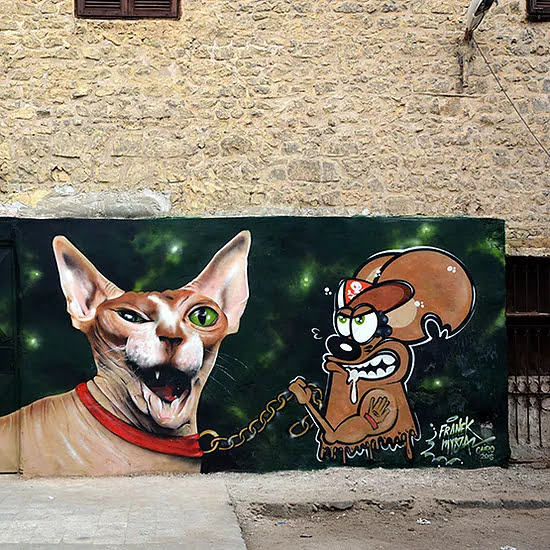 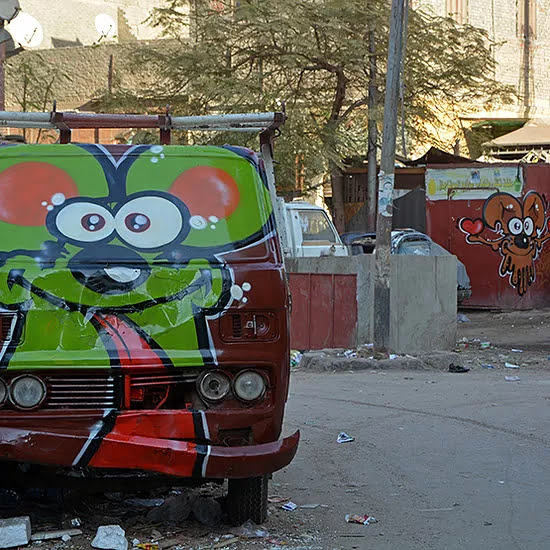 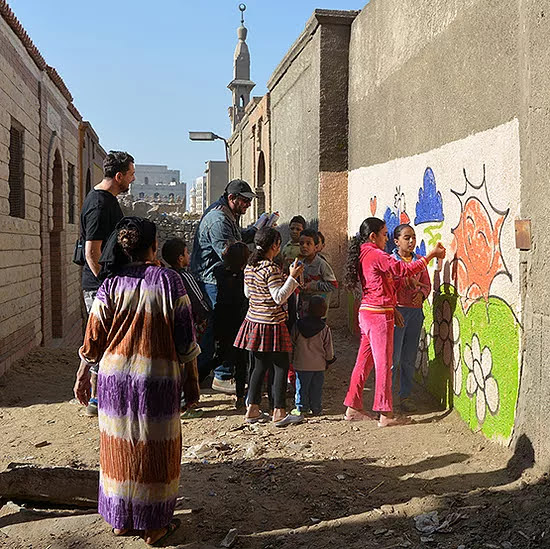