Roy Hiller-Gießing is a German sculptor who lives and works in Friedrichshafen-Fischbach, sharing a stone sculpture workshop with Elke Bader. Previously, he was living in Berlin and Lindenberg im Allgäu. He has worked freelance since 1985. He has participated in various trips searching for “land-art” objects, and took part in many exhibitions and symposia that included sculpture workshops in the Abbaye de Septfontaines in France. He works in different media, though primarily in stone. His gate-like sculpture which has been placed in the square in front of the Maq‘ad of Sultan Qaitbey as a permanent fixture is an artistic commentary on passage and transition: in space, in time, between movement and immobility, between rise and demise. Positioned to face exactly east and west, it witnesses the Sun’s daily journey from sunrise to sunset.

In addition to producing his monumental piece on-site, Roy conducted stonecarving workshops for the children and youth from the local community during his stay in Cairo in November – December 2016.

The residency of Roy Hiller-Gießing in Egypt was sponsored by the German Embassy in Cairo. 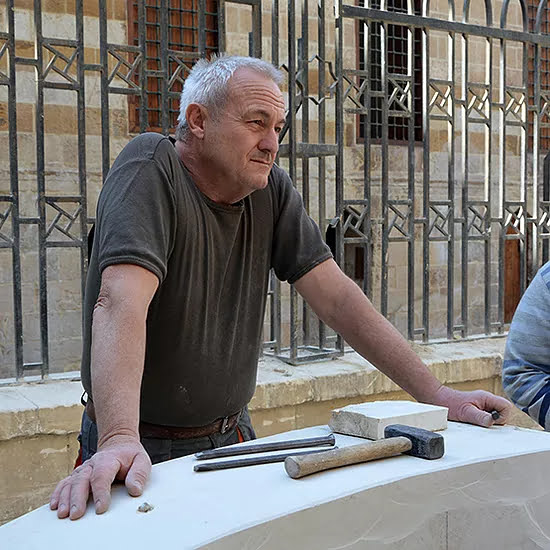 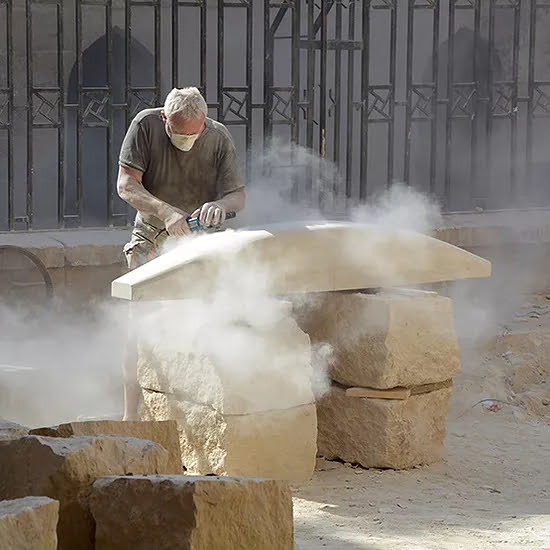 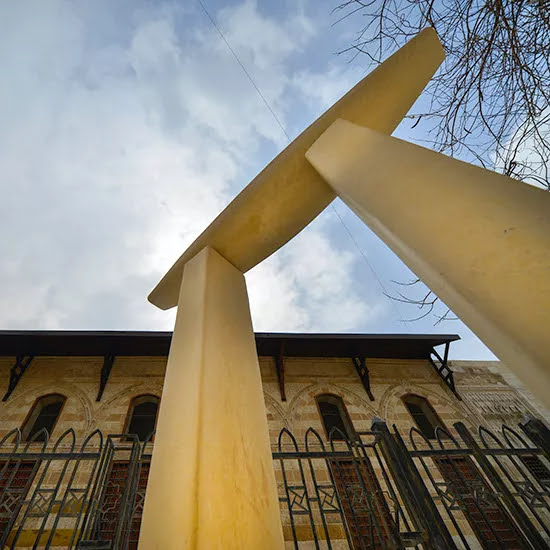 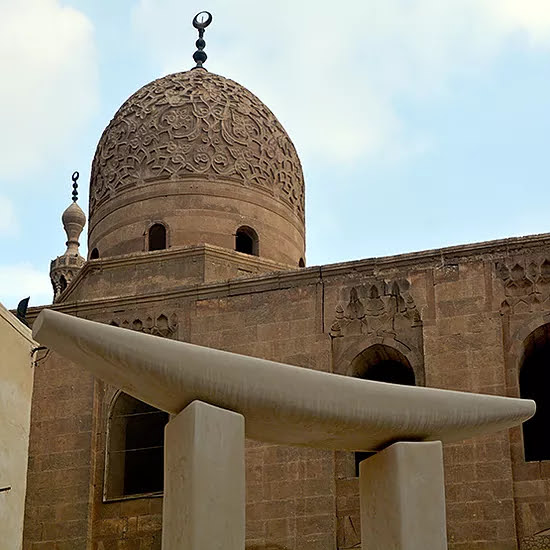 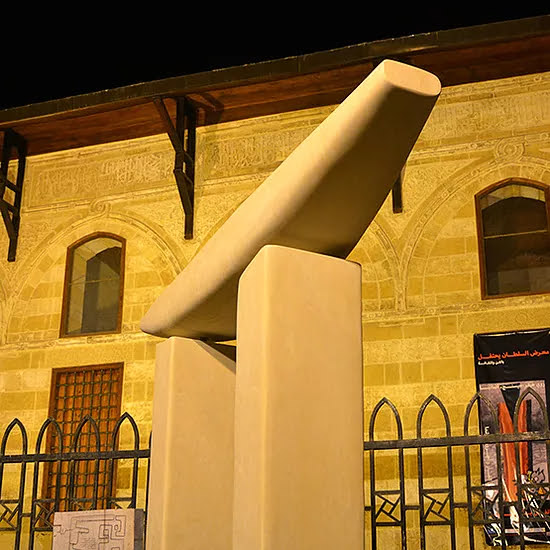 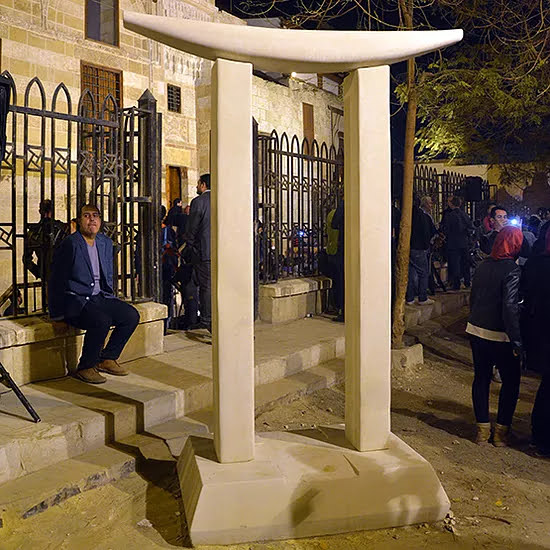 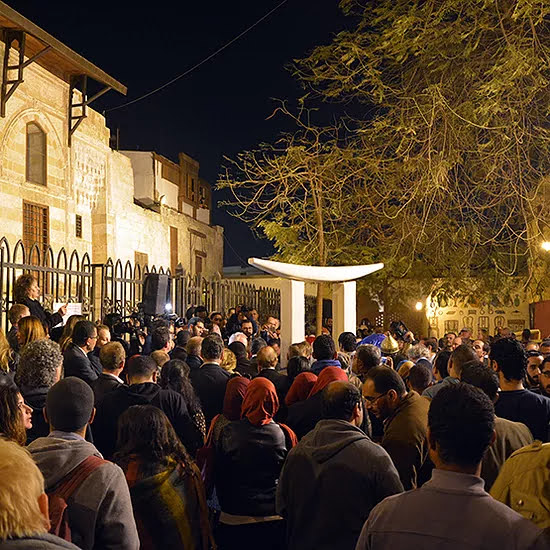